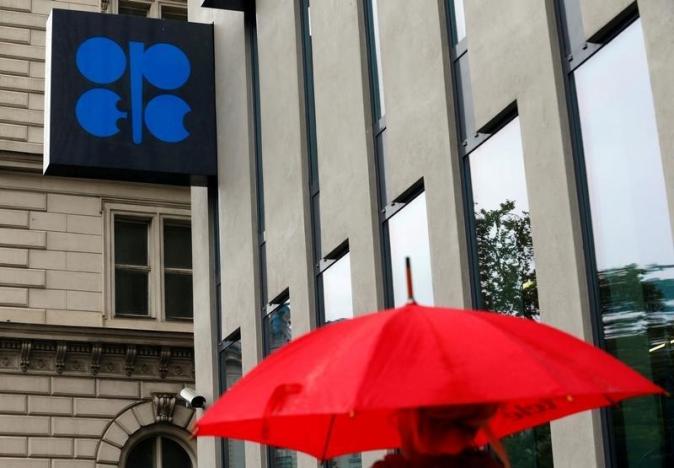 A person carrying an umbrella walks by the Ogranization of the Petroleum Exporting Countries (OPEC) headquarters in Vienna, Austria October 4, 2016. REUTERS/Heinz-Peter Bader 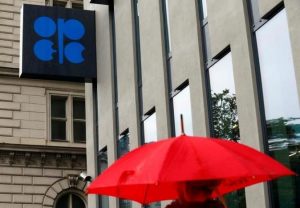 Top OPEC oil producer Saudi Arabia made a large cut in its crude output in January to support prices and lessen a glut, helping boost compliance with the group’s supply-reduction deal to a record high of more than 90 percent.

The Organization of the Petroleum Exporting Countries is curbing its output by about 1.2 million barrels per day (bpd) from Jan. 1. Russia and 10 other non-OPEC producers agreed to cut half as much.

Supply from the 11 OPEC members with production targets under the deal fell to 29.888 million bpd last month, according to figures from secondary sources that OPEC uses to monitor its output. OPEC published the data in its monthly report on Monday.

Oil prices pared an earlier decline after the release of the report, trading above $56 a barrel. OPEC’s cut is supporting the market, but expectations that the move will lead to a revival in U.S. shale drilling have limited the rally.

“The expected higher prices are good support for producers with marginal supply, particularly in U.S. tight plays,” the OPEC report said, using another term for shale.

Still, in January the reductions by the 11 OPEC members with supply targets amounted to 93 percent compliance, according to a Reuters calculation based on the OPEC figures.

Saudi Arabia told OPEC that it made an even bigger cut than estimated by the secondary sources, reducing January output by more than 700,000 bpd to 9.748 million bpd – lower than called for under the OPEC deal.

The report said production by all OPEC members, including cut-exempted Nigeria and Libya, fell by 890,000 bpd to 32.14 million bpd.

While Saudi Arabia told OPEC of a large drop in output, figures provided by other OPEC producers to the group gave a more mixed picture.

Production levels reported by countries including Algeria, Iran, Iraq, the United Arab Emirates and Venezuela to OPEC were higher than estimated by the secondary sources.

OPEC uses two sets of data to monitor output – figures provided by each country and by secondary sources, which include industry media. This is a legacy of old disputes over real production levels.

With demand for OPEC crude in 2017 also expected to average 32.14 million bpd, the report indicates there will be zero average surplus if OPEC keeps output steady. Last month’s report pointed to a 985,000-bpd surplus.

In its report, OPEC gave no compliance figure. Reuters saw an earlier version of the secondary-source figures last week that put compliance at 92 percent. 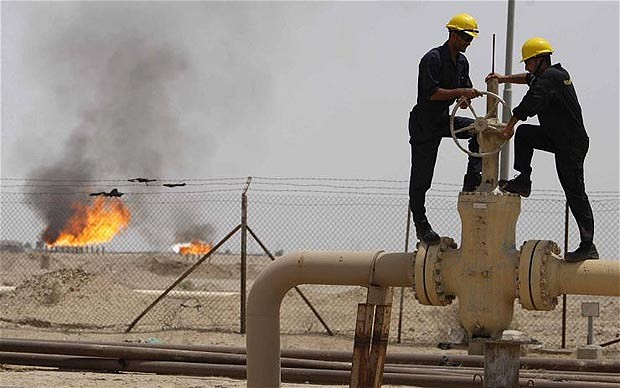